In 1985 Roman Arnold and his brother Franc Arnold (who is no longer involved with the company) founded «Radsport Arnold» GmbH as a supplier of bike parts for cycling. 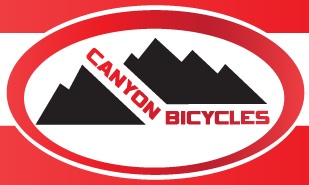 It wasn't until 1996 that the first bikes with the brand name Canyon appeared. Radsport Arnold adopted a direct sales strategy via the Internet.

In 2001 the company took the step from being a supplier to becoming a cycle manufacturer and changed its name to Canyon Bicycles GmbH. With Lutz Scheffer (formerly Bergwerk and Votec) Canyon was able to secure the services of a frame designer.

In the next few years the firm based in Koblenz, Germany was able to hire Hans Christian Smolik along with other bicycle construction experts.

In 2018 Canyon launched its first e-bike called the Spectral:ON.

In 2020 the brand launched the first in its line of CFR bikes (the Strive mountain bike), a limited run of high-end bikes designed for professional riders. The current CFR line up consists of the Aeroad, Exceed, Sender and Ultimate.

A very serious manufacturer with a good reputation in Europe. Canyon was once driven by bicycles by the Russian and now Swiss professional road cycling team. Katyusha

Radsport Arnold was involved in elite sport right from its start. In 1985 the Koblenz-based company had its first successful sportsman under contract in Jürgen Zäck.

In the area of road racing the company has been in cooperation with various teams. In 2007 the company first equipped the team Unibet.com, which took part in the UCI ProTour. The brand has previously sponsored a number of professional road racing teams including Katusha. Currently, the Movistar men's and women's teams, Arkéa–Samsic, Alpecin–Fenix and Canyon–SRAM compete on Canyon racing bikes.

In December 2016 it was announced that they would co-sponsor the British UCI Continental-status Bike Channel–Canyon team, which would make its debut in 2017.

In 2020, Mathieu van der Poel won the Tour of Flanders on a Canyon Aeroad, adding this to a very rich palmares of title in the main XCO competitions and lately road ones, including a sensational win in 2020 Strade Bianche.

The German firm CUBE has been producing bicycles since 1992. And by now she has gained a lot of fans around the world.

Perhaps the most important thing in CUBE bikes is the magnificent design and the latest technology, used in the manufacture. Each model of these bicycles is developed with a clean sheet with the application of the latest scientific achievements. 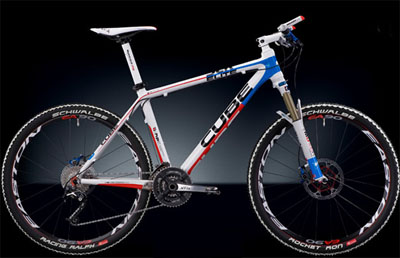 In addition, the company pays great attention to the safety of cyclists. That's why the development is conducted jointly with a well-known company all over the world VELOTECH, which manages the safety of bicycles and bicycle accessories. 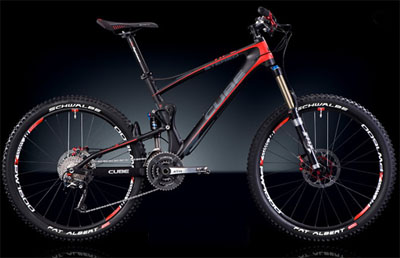 As is the case with the American bicycle manufacturer Cannondale,prices on CUBE bikes are very tall and often inaccessible to ordinary cyclists.

Again, all it’s not a matter of dealerships, but the quality and high technology of these bicycles. 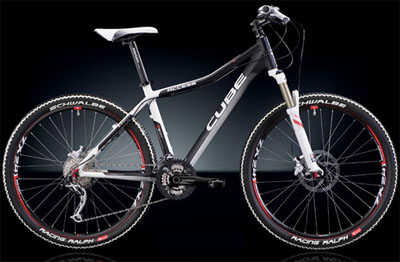 Although there is an overpriced price and a sufficient proportion of marketing and advertising, since CUBE bicycles near cyclists are already perceived as something out of the ordinary coming out, and they are willing to pay for the possession of such a technique.

As a result, the price fair enough, but slightly overpriced due to the formation of a certain cult Bicycle CUBE. 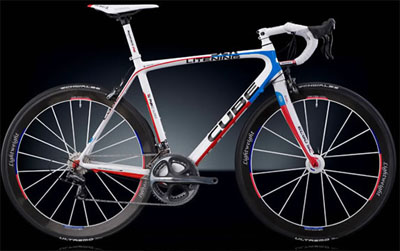 The range of CUBE bicycles is quite wide and includes almost everything types of bicycles: hartels, double suspensions, road bikes, women's bikes and even children's bicycles. The only thing you will not find is simple walking bicycles. In a word, there is plenty to choose from if you have the necessary funds.

As a result, we can say that CUBE bicycles are high-quality, reliable and a beautiful product that has its fans and admirers. And for it all in general you have to pay. If you are ready, choose CUBE.

The German company CUBE has been producing bicycles since 1992. And by now She has already gained a lot of fans around the world.

Perhaps the main thing about CUBE bikes is their great design and the latest technology, used in the manufacture. Each model of these bicycles is developed from a pure sheet using the latest scientific achievements.

In addition, the company pays great attention to the safety of cyclists. That is why the development is carried out in conjunction with a world famous company VELOTECH, a bicycle safety company and bike accessories. 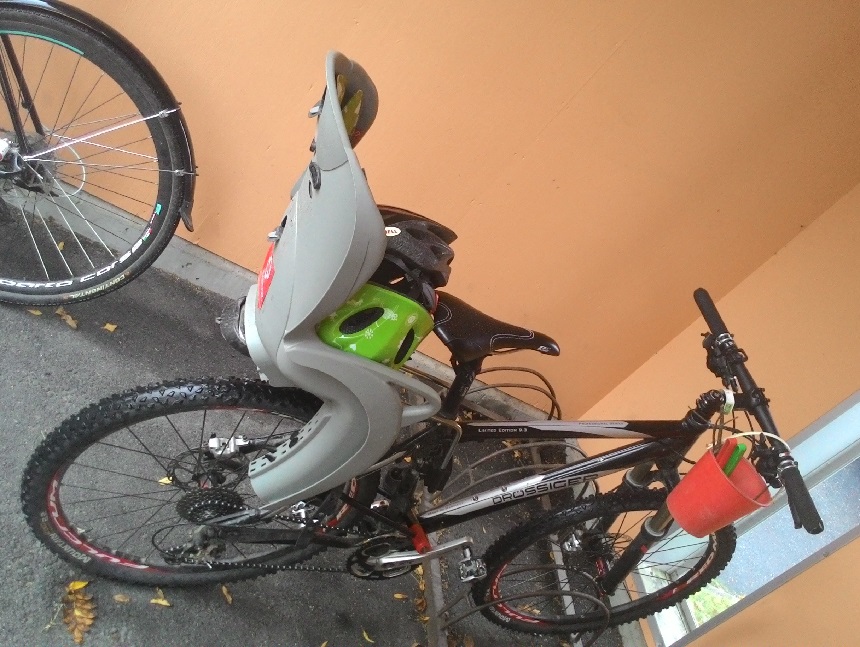 Focus brand was founded in 1992 by professional German cyclist Mike Klugg (at that time - three-time world champion in cycling).

Already in the next Mike wins the German Championship on his new Focus bike as well takes 2nd place in the World Championship. Such a successful start immediately attracted attention of major manufacturers, and in 1994 Klugg, together with the concern Derby Cycle introduced the first Focus line of bikes.

Today Focus is a world famous bicycle brand that represents A complete range of sports and racing bikes. The company is developing models for both professionals and amateur cyclists, for everyone, who value high quality and unrivaled performance.

Active cooperation with professional athletes helps the company continuously improve their products. At the same time, the latest technologies are introduced in the entire line of bicycles, not just professional models. 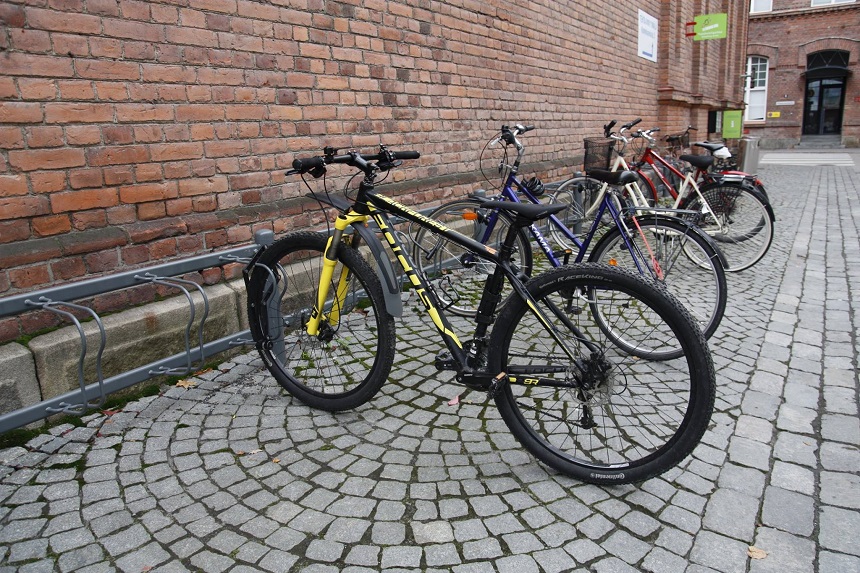 In 1993 the company partnered with the manufacturer Derby Cycle Werke to produce bicycles.

In 1994 the first production line brought out 6 varieties of mountain bike.

In 1995 the company expanded to produce touring bicycles.

In 2003 the company began to produce racing bicycles.

In 2006 the company produced its first carbon fiber frames.

In 2008 a joint production effort between Andreas Walser saw the company produce a time trial bicycle and the same year produced a triathlon bicycle.

In 2009 the company set up subsidiaries in the United States and Italy, and began a European wide advertising campaign on Eurosport TV channel.

Without exception, all Focus bicycles are made in Germany. Office and production facilities are located in the city of Klopenburg. Modern equipment, latest technological processes, continuous quality control - All this helps the company become a leader in the sports industry. Focus considers its mission to provide high-tech models for cyclists of all levels.

The Ghost Bicycle Company is a fast-growing bicycle brand. start their story in 1993, and in 1999 the ghost bike lineup had as many as 25 models as well as a line of sportswear. 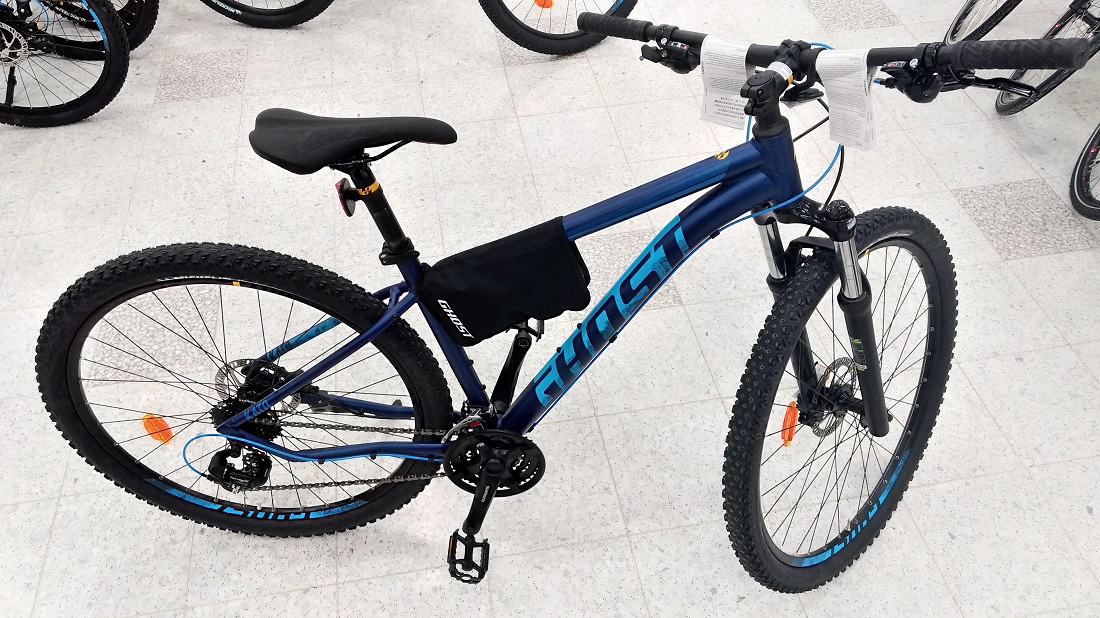 A couple of years passed and the recognition of German cyclists was received, as well as the company is firmly entrenched in the German bicycle market. Well, and everything else development is aimed at creating the highest level bicycles. As a result of this work is the gold Olympic medal of Sabine Spitz in Beijing. What else: Ghost bikes are made in Germany with exceptional attention to ghost bike manufacturers don't save on inconspicuous components.

Bicycles of the famous German manufacturer Stevens bikes - assembled in Germany by hand, are equipped with equipment from leading manufacturers. Countless Stevens bikes own developments have been introduced to improve the return on these bikes! 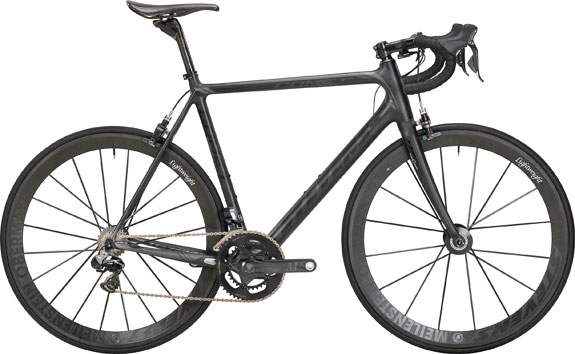 A careful selection of components by Stevens specialists ensures the exact operation of all nodes Bicycle. All frames are painted at Stevens-bikes factories. Many national teams Teams and professional clubs use Stevens bikes to compete.

On high-level models, forks, brakes and wheels can be selected as you wish of the components offered.Each bike undergoes laboratory tests before leaving factory. Flawless appearance combined with superior technical performance give incomparable sensations when riding this bike.

Univega is one of the most striking examples of international bicycle manufacturers. She was created in 1970, an American Ben Lavi in the United States and began to successfully sell bicycles. After some time, bicycles began to be sold for export, including to Germany. It is in Germany that bicycles Univega began to be in great demand, and already in 1997 the entire production of Univega bicycles moved to this country.

Currently, bicycle production is located in Germany and Asia, and management The company is carried out from Swiss offices. But even with this dispersal, Univega still considered German. 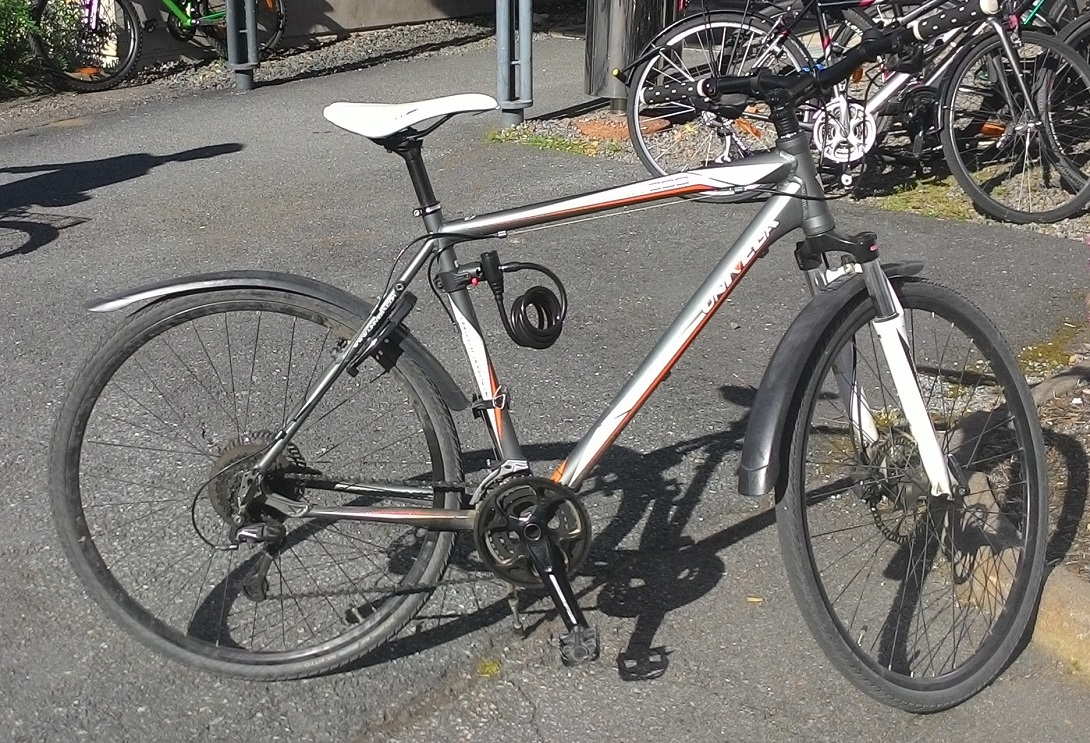 Thus, Univega is a major bicycle manufacturer that can afford to spend quite a bit. a decent portion of the budget for the development and implementation of new technologies. And of course a company of this level obliged to maintain high quality products so as not to lose their earned reputation. therefore Univega bicycles, regardless of whether they are assembled in a European or Asian plant - these are Quality and nice looking ergonomic design. 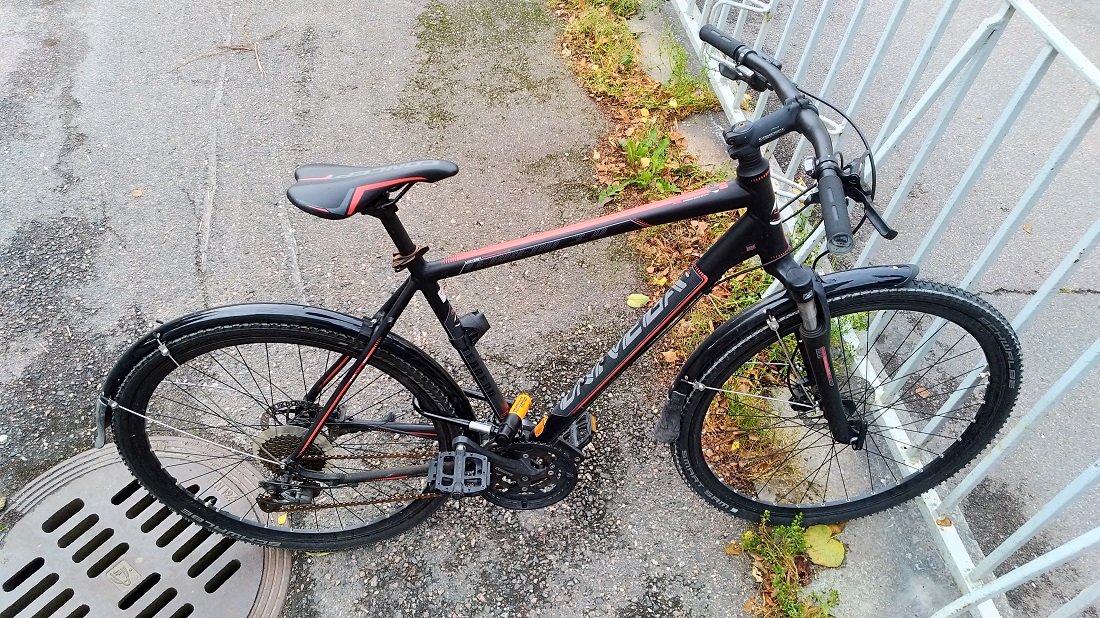 Prices for Univega bicycles in stores, as a rule, correspond to the level of the bicycle itself, and are somewhere in the middle of the price range compared to other manufacturers. True, sometimes you can still to meet a Univega bike in some store at a rather high price. However, the point is sooner in a store than in a manufacturing company.

The minuses include the relative uncertainty of the Univega brand. Many do not know such a company and cannot say anything about the origin of these bicycles. Therefore, often Univega is unjustly ranked not very knowledgeable bikers for low-level bikes, but often still not very deserved belongs to the leader among all manufacturers.

Univega produce bikes of completely different levels - from amateur to professional. Wherein, depending on the style of skiing, you can choose hartels, two-suspensions, road bikes, hybrids, BMX, bicycles for street, derth and other extreme types of riding.

Univega bikes are a good choice if you want to buy a quality bike at an affordable price, and You are not afraid of the relative brand unknown. When buying, pay attention to the price: it will not be superfluous ask how much the same model costs in another store.